Using Quixel plugins can really speed up the process of your content creation. They can also work together with Material Functions in Unreal Engine 4. I’ve decided to make a workflow tutorial where I’m showing some of my techniques.

Poll is closed. Thanks for your votes! See the results here

If you are a 3D artist and you make lots of 3D objects for Unreal Engine, you most likely experienced how boring and repetitive can FBX workflow be. I don’t like to waste my time on things that can be done quicker. I’m sure Tom Shannon thinks the same and that’s why he decided to develop a simple script for 3ds Max. It’s called TS_UE4FBXExporter (sexy name – we agree!) and it helps you to export objects. Screen below shows the script UI: 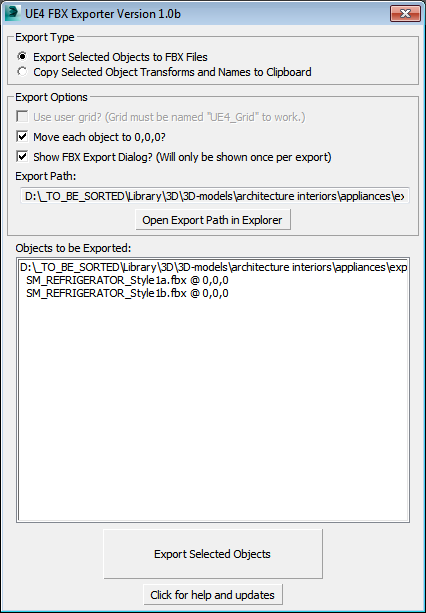 END_OF_DOCUMENT_TOKEN_TO_BE_REPLACED

I’ve got a 3 simple chair models for you. No UE4 shaders and textures are included in this package. You can use wood material from Bench asset I provided last time. 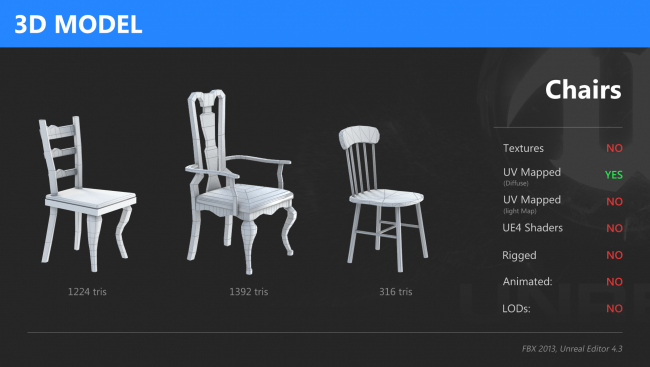