note: The game has been done in UE 4.6 and it may not be fully compatible with the newest UE releases!

Have you heard about SUPERHOT? An FPS game where time moves only when you move? I’m sure you have. Creators of the SUPERHOT had only one week to make playable prototype. We decided to the same. Our Project – UBERCOLD – has been made within 7 days in Unreal Engine 4.5 using blueprints only. Now we share complete UE4 project with you!

What’s UBERCOLD?
It’s also an FPS game, but in our case, time moves only when you DON’T move.

Please remember that this is only a prototype made in one week. We are aware of bugs and things that could have been done better.

We wanted the game to have interesting gameplay. Time bending has been already introduced in few shooters, but we really like the idea of dodging bullets. Actually in UBERCOLD you need to dodge/move all the time. Otherwise „URE DED”. This video: link, is a good gameplay example and it was our main inspiration. We also didn’t want the game to be extremely easy. Your ammo is limited so you cannot kill every enemy with a gun. Time moves only when you don’t move – the idea seemed to be simple but when we played for the first time, we were missing something that makes or forces player to stop. That’s why we introduced „bullet box”. Standing inside for 1 second gives you 1 bullet. However, time moves faster within bullet box. 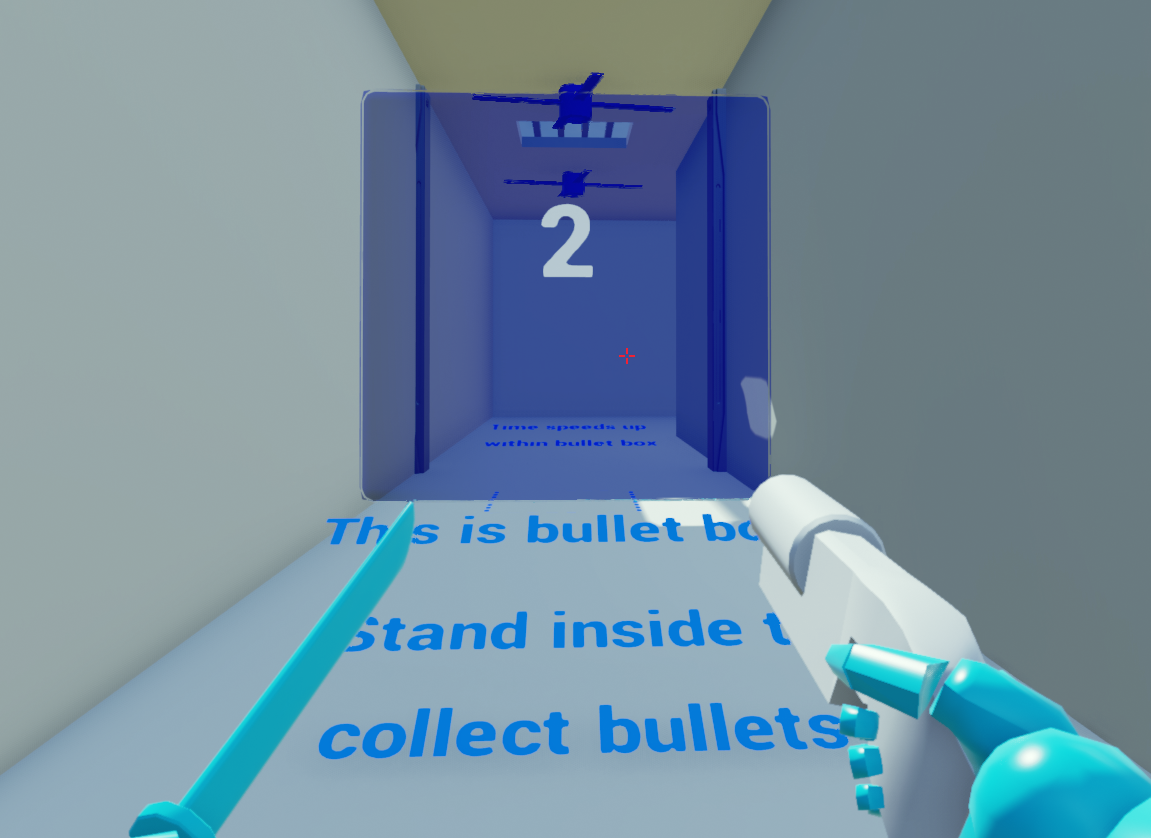 What I personally love about this game is destruction you make. You can shoot windows, tiles and watch them fall in slow motion. That’s uber awesome. Reminds me the Matrix’s corridor scene where concrete pieces are flying everywhere. If you’re good at this game you can quickly kill all enemies, then stop and watch how everything falls down. We also added a time score (displayed after you finished each level) so you can compete with others. 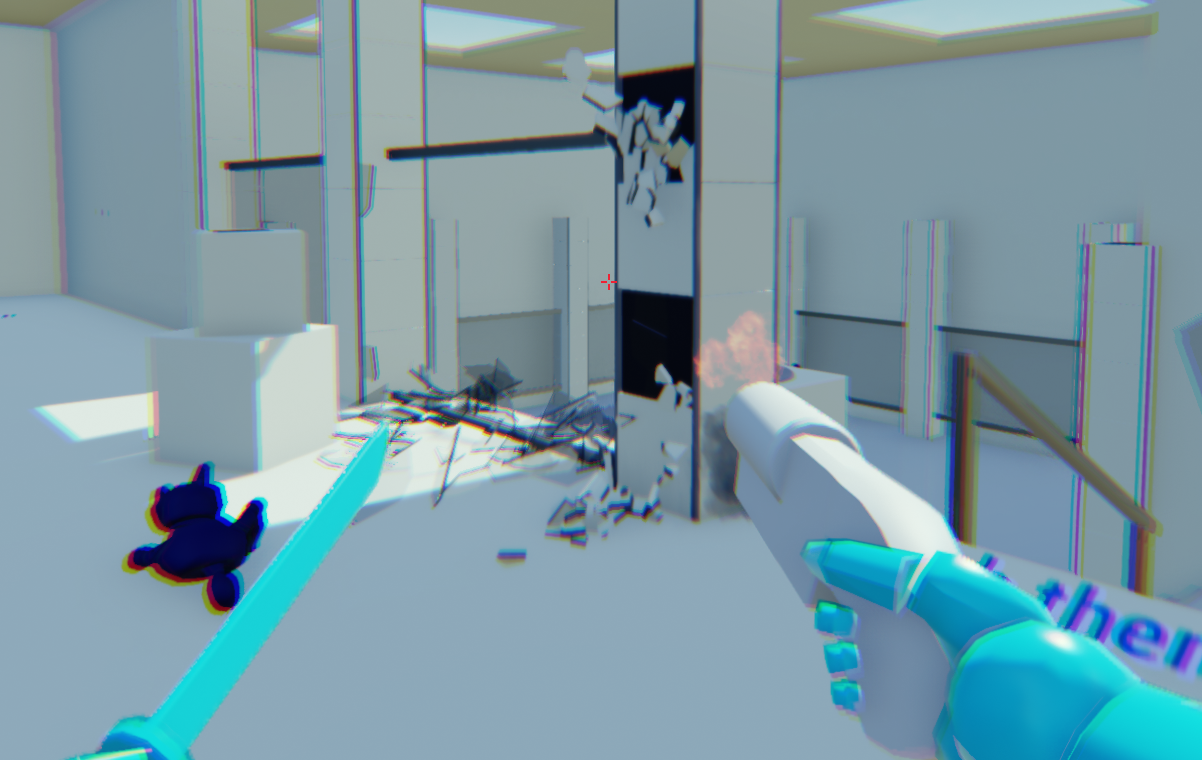 UBERCOLD has only 3 levels, but’s not another casual shooter you can easily complete. Difficulty rises fast so don’t expect to finish it in 5min. In those 3 levels we wanted to show game’s potential. If you have an idea for great UBERCOLD level and know how to do that, feel free to download UE4 project and make it happen.

Thanks to everyone who played/modified our game. Here’s some examples: